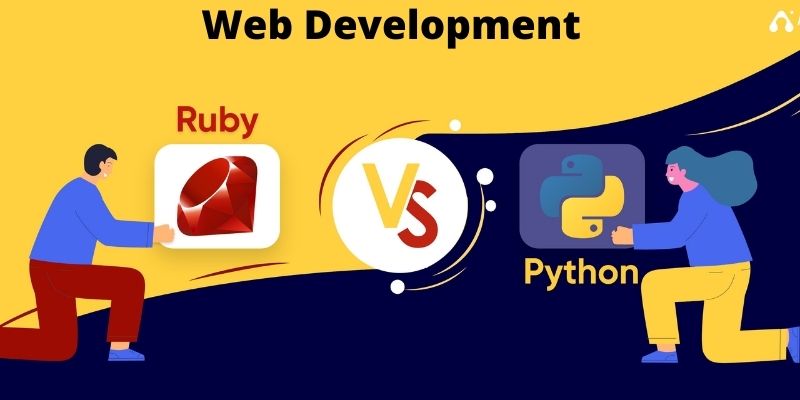 Web development projects need a framework, Ruby and Python play an important role in organizations. It is a kind of framework used in web development. This blog lets us know about Python or Ruby which is the best language for web development.

How is Python used in Web Development?

Python programming language uses Model view controller architecture. The process of the model is to keep the processing of data accurate. The view is being used for the process of interfacing and the controller handling the model data to send a response. The AI algorithms are being written in Python, machine learning programmers must be fluent in the Python language. Due to its dynamic and accessible nature as well as its architecture, it has gained popularity. Even python is used to build many websites like Youtube, Instagram, etc. Python is used by LinkedIn, Netflix, Google.  Learn Web Development Online From SkillsIon, the best online platform to develop knowledge.

How is Ruby used in Web Development?

With the help of the Ruby framework, the projects can be developed. Later, the market was dominated by .NET and Java. This language is easy to use and elegant. Faster than the Python framework. Ruby framework is being used by Github, Soundcloud, Couchsurfing, etc.

Python and Ruby programming language share so many similarities that it is difficult to tell them apart. The two languages have simple syntax and are both high-level languages. It is clear that both languages are adept at web applications, but they also have a wide range of uses.